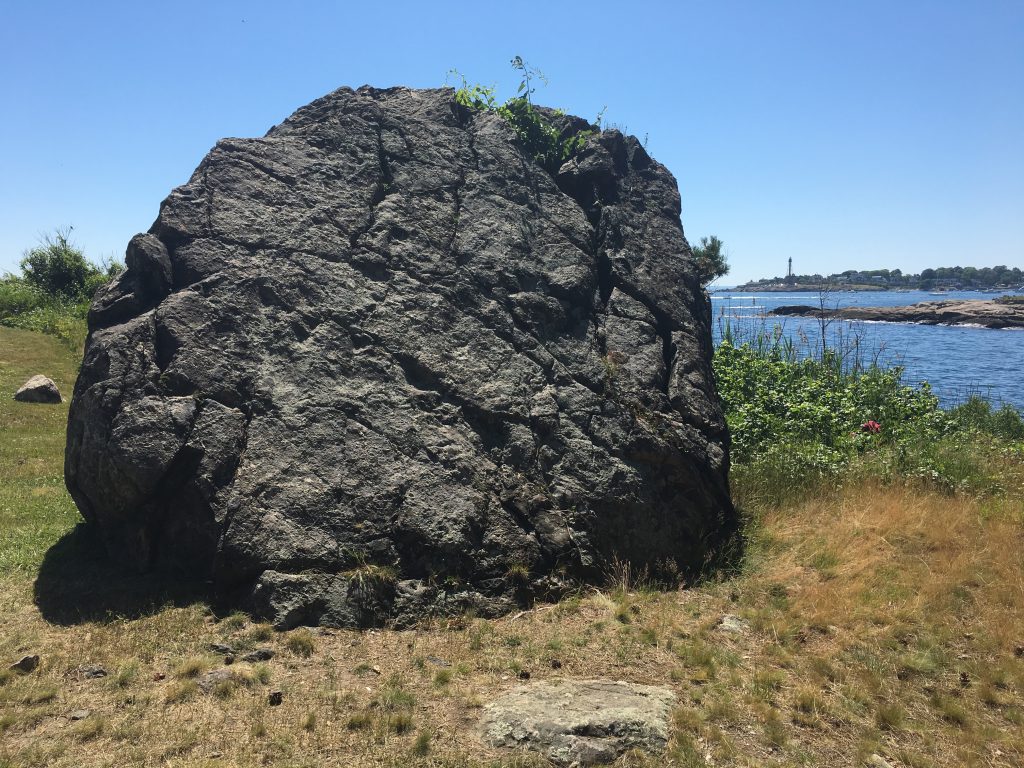 Marblehead’s Little Harbor is a great gathering place for summer boaters who like to enjoy the warm, shallow water between the mainland and Crowninshield Island.  At low tide, you can sometimes wade over to the island to explore its rocks and vistas.