Multiflora rose, once touted as a “living fence”, now creates a “living hell” of thorny thickets. Even in its juvenile stage in early spring, its density of growth is apparent as are the thorns along the stems.

The flowers of multiflora rose are small, beautiful and numerous. Large spots along the sides of our paths, especially the former rail bed, are almost solid white in late spring. 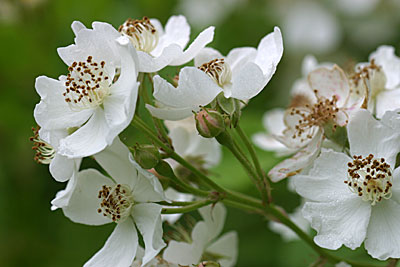 In the fall, the many white flowers give way to small red fruits that are eaten and spread by birds. 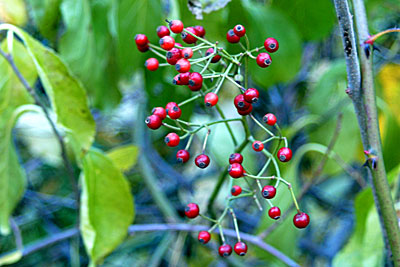 Multiflora rose stems are covered with long, sharp thorns that make the plant a serious barrier. When it gets out of control as it has in areas such as the Green Street Woods, large sections of open space are no longer accessible. 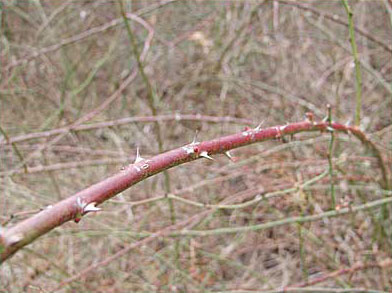