Poison ivy (Toxicondendron radicans) is native to the North American continent. Its habitat covers the United States coast to coast, southern Canada, and on into Mexico. However, its growth spreads easily – meeting one characteristic of an invasive. It is also a source of an oil (Urishiol) that can cause an irritating skin rash is thereby effective in limiting access to wide areas. As such it is undesirable to humans, at least partially meeting another characteristic of an invasive.

Poison ivy forms off-white fruits in the fall that are food for birds, the principal means of transference to other sites. The name is a little misleading since this ivy can grow as a ground cover about a foot tall, a freestanding shrub several feet tall, or as a vine attached by thin aerial roots to a tree or other object. In Marblehead poison ivy can be found in one or more of its forms in most conservation areas. It is a good idea to learn to recognize and steer clear of it.

A combination of the ground cover and vine forms is not uncommon. 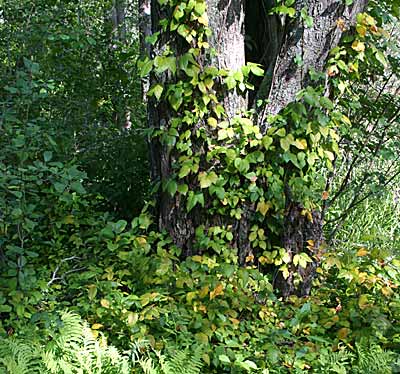 A characteristic of poison ivy in each of its plant forms is a compound leaf. At the end of each leaf stalk is a trifoliate pattern of three separate leaflets one at the end on a longer attachment to the main stalk than the other, lower, two. Each main leaf stalk connects to the principal vine in an alternating pattern. 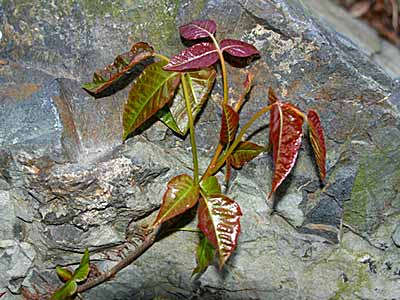 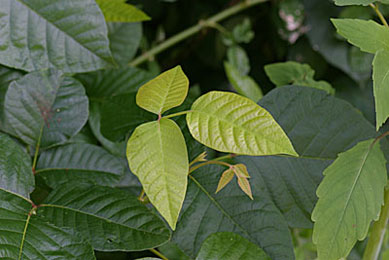 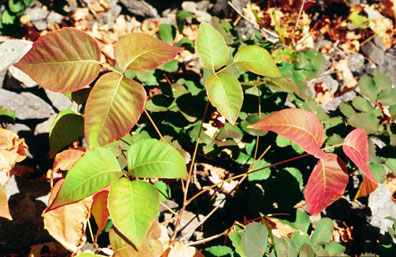 Some colors can be quite vivid. 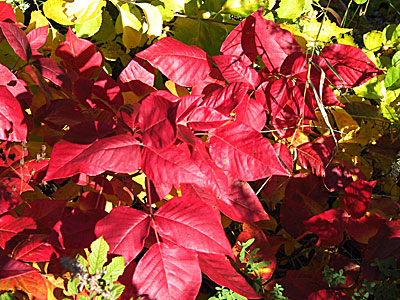 Other colors can be mixed and muted. 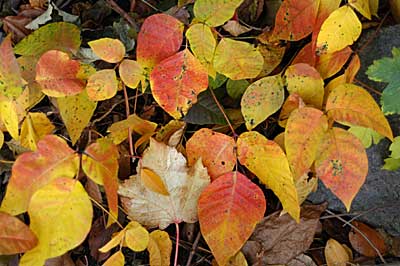 The oil Urishiol is in all parts of the plant. A person’s skin coming in contact with the plant, even when the plant is dead, can result in a range of reactions depending on the person’s sensitivity. Washing quickly and thoroughly with soap and water can minimize a reaction.