“What a lovely plant!” Growing in wetlands, purple loosestrife (Lythrum salicaria) attracts the attention of passers-by as soon as the first blossoms appear in July. This stout, erect, perennial herb with a well-developed taproot typically grows to a height of two to six feet with a column of small magenta flowers at the end of each stalk. It is, however, an invasive, first brought to America in the early nineteenth century both as a contaminant of European ship ballast and deliberately for medicinal use for treatment of diarrhea, dysentery, bleeding, wounds, ulcers, and sores. 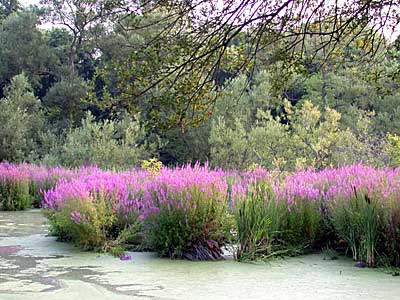 A single plant can produce more than two million seeds annually. Such high seed density overwhelms all local native plants, building up a seed bank of massive proportions. The result is a loss of plant and wildlife diversity. 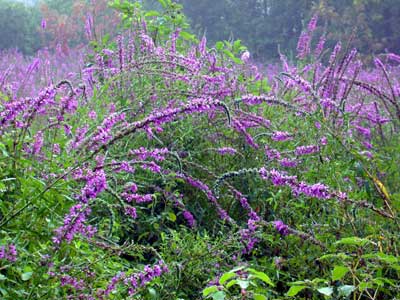 A closer inspection shows the striking color of its flowers. 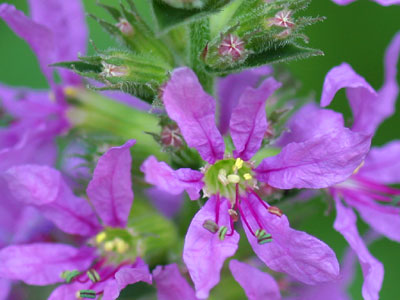 Within Marblehead, the most prominent display of loosestrife is at Ware Pond. As a pond fills in, loosestrife moves in along with other invasives such as phragmite. 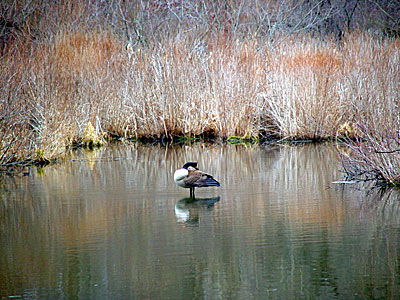 Hand removal is recommended for small populations of the plant, ideally before they set seed. The entire rootstock must be removed because regeneration from root fragments is possible. Ongoing experiments have successfully demonstrated that certain loosestrife-eating insects can cause the populations of plants to decrease in size, leaving more manageable and less harmful densities.